Dutch cuisine isn’t as well known as say, the Italian or French kitchen. But the Netherlands has quite a few special snacks and dishes for you to try. Travelling and trying out new foods go hand-in-hand, don’t they? So I’ve made you a list of Dutch food you should try while visiting.

Living in the UK as a Dutch expat definitely made me appreciate these types of food a whole lot more. I’d never thought it miss them as much as I do. When visiting the Netherlands, make sure to try at least a few of these traditional Dutch snacks and dishes.

A quick walk through any Albert Heijn supermarket and you can get your hands on most of these. But also keep an eye out on bakeries and stands around towns that sell freshly made variations of the following:

A personal favourite. Two thin waffles held together by the thick caramel syrup inside. Possibly one of the most popular Dutch snacks. TIP: Put it in the microwave for 10 seconds – godlike!

Being the country that has the highest per capita consumption of liquorice in the world (who even keeps track of that?), the Netherlands has quite the relationship with liquorice. You can find different types of Drop in any supermarket in the Netherlands, from soft honey flavoured liquorice, to hard salmiak flavoured pieces.

Tiny Dutch pancakes – what’s not to love? These little fluffy pancakes have a spongy texture and are usually served with powdered sugar and butter. You can often find these on markets, funfairs or festivals, but sometimes you can also find some in restaurants.

A typical Dutch pastry made with puff pastry, pastry cream and icing. Usually served with a cup of tea or coffee. On King’s Day, you can find them with orange icing to celebrate our national colour.

A spiced shortcrust biscuit which is traditionally eaten around Sinterklaas time (5th December). They taste a bit like cinnamon and caramel, are thin, crunchy and usually come in different shapes. Usually the shape is a windmill or something Sinterklaas-related.

A Dutch classic, the bitterbal. It’s kinda like the Dutch alternative of tapas, usually eaten as a little snack or with an alcoholic beverage. A round, deep-fried crispy ball with a savoury filling. The filling is usually made with beef, but it can vary depending on what type of bitterbal you’re eating. An absolute must-try when in Holland.

Even though we really don’t eat that unhealthy in the Netherlands, we love a deep-fried snack. There are quite a few more snacks to eat alongside your bitterballen, including Kroket (basically a cylindrical shaped bitterbal), Frikendel (a spiced, skinless, deep-fried sausage), kaas souffle (a fried block of cheese) and many more. You can either get them at the Dutch chippy (snackbar) or the wonderful invention that is FEBO. FEBO is basically a vending machine for Dutch deep-fried snacks. You can usually find these on train stations or randomly inside city centres.

Fried pieces of battered fish, served with a delicious garlic-mayonnaise or tartar sauce. Especially popular near the Dutch seaside but also often found at the fish vendor’s cart on local markets. It always reminds me of the days at the beach with my family when I was younger.

The Dutch do some of the best cheese in the world (definitely not a little bit bias). The history of cheese making in the Netherlands stretches back over 1600 years! Gouda is by bar the most famous type of Dutch cheese, but also try some Edam, Maasdam and Leidse cheese. You can usually find a cheese vendor at the local markets, or you can visit a traditional Dutch Cheese market!

Traditionally eaten with stamppot (more on that later), Rookworst is another must-try when in Holland. This sausage is made out of ground meat which is mixed with different types of spices. You can find some of the best rookworst at a store called HEMA.

Wonder why Dutch children are some of the happiest on the planet? It’s because the Dutch eat chocolate sprinkles on their toast in the morning. You heard it correctly: CHOCOLATE. SPRINKLES. And it’s not just children that eat it on their sandwiches, adults like to put hagelslag on their toast too. There are many different types of sweet sandwich toppings in the Netherlands that you might want to try. Muisjes is another one of those, made out of anise seeds. They’re usually eaten to celebrate a birth. Pink for girls, blue for boys.

The breakfast item I miss most from my home country is by far ontbijtkoek. Directly translated into “breakfast cake”, ontbijtkoek is sweet, moist and made with a lot of different spices. You can also eat it as a snack with a little layer of butter on it.

Probably one of the most famous traditional Dutch dishes, stamppot. This winter dish is made from potatoes mashed together with one or several vegetables. The most popular one is usually made with kale or endive. Put a rookworst on the top and, ta-da, the perfect winter dish!

A raw herring served with chopped onions. Locals eat it by lifting up the herring by its tail and eating it from the bottom upwards. Usually not a huge hit with foreigners (my English boyfriend just looked at me in disgust when I told him about this dish), but it definitely is a real Dutch experience ;).

Dutch pancakes are a real delicacy. We know how to do them right! Dutch pancakes are larger and a lot thinner compared to American pancakes, but thicker than French crepes. What makes them so special is its toppings. The Dutch put anything on a pancake – sweet, savoury or both. Some of my personal favourites include apple and cinnamon, bacon and maple syrup or a simple pancake with powdery sugar.

This thick, traditional split pea soup mixed together with pieces of pork belly, rookworst and other vegetables is a real winner every winter in the Netherlands. Maybe not the prettiest dish (nor the most attractive name), but definitely a tasty one!

Some of the best Dutch food is a fusion between Dutch and Indonesian. The Dutch have a rich history with Indonesia, starting when the Dutch arrived there in the 16th century looking for spices. Indonesia became a colony until 1945, when Indonesia gained independence. Obviously, the Dutch were inspired by the delicious Indonesian cuisine and many Indonesian restaurants can still be found all across in the country. The Indonesian Rijsttafel (Rice Table) consists of many smaller dishes. Usually, they include egg rolls, sambals, satay, rice prepared in several different ways and many more. If you get the chance to visit an Indonesian restaurant during your time in the Netherlands, I’d highly recommend you to do so!

Originated in Den Bosch, located in the South of the Netherlands, the Bossche Bol is a delicious Dutch pastry. This pastry is basically a huge creme puff (a little bit larger than a tennis ball). It’s usually eaten with a cup of coffee or tea but can be quite messy due to its size. If you’re visiting Den Bosch during your trip through the Netherlands, this is a must-try. The best ones can be found at Banketbakkerij Jan de Groot.

During the Dutch Sinterklaas holiday (early December), pepernoten can be found everywhere. They usually already appear in stores around September time but are traditionally eaten for Sinterklaas. These tiny biscuits are spiced similarly to speculaas biscuits. You can variations with a layer of chocolate (my personal favourite!).

Another Sinterklaas-related snack is the Chocolate Letter. As a Dutch tradition, children put out their shoes for Sinterklaas to pop a chocolate letter in (the first letter of their first name). But they are also given to people we like (friends, family and colleagues). They come in dark chocolate, milk chocolate and white chocolate – sometimes with additional hazelnuts or dried fruits.

As part of a New Year’s Eve/Day tradition, the Dutch eat Oliebollen. These deep-fried dough balls covered in powdery sugar can also be called Dutch Doughnuts or Dutchies. If you’re visiting the Netherlands in December, there is a big chance that you’ll find some food vendors selling freshly made oliebollen on markets. Alternatively, there is usually a stand with oliebollen at funfairs too!

I sure am hungry after writing up about all these delicious Dutch foods, what about you? Have you tried any of these before? If not, which one would you like to try?

Hi! I'm Nele (Nayla), a coffee-fueled travel writer. When I was 18, I moved to the UK to study English & Creative Writing. I now run this travel blog full-time while living in Manchester, sharing travel guides and tips on how to comfortably travel on a budget.
by The Navigatio | 5 Comments

This site uses Akismet to reduce spam. Learn how your comment data is processed. 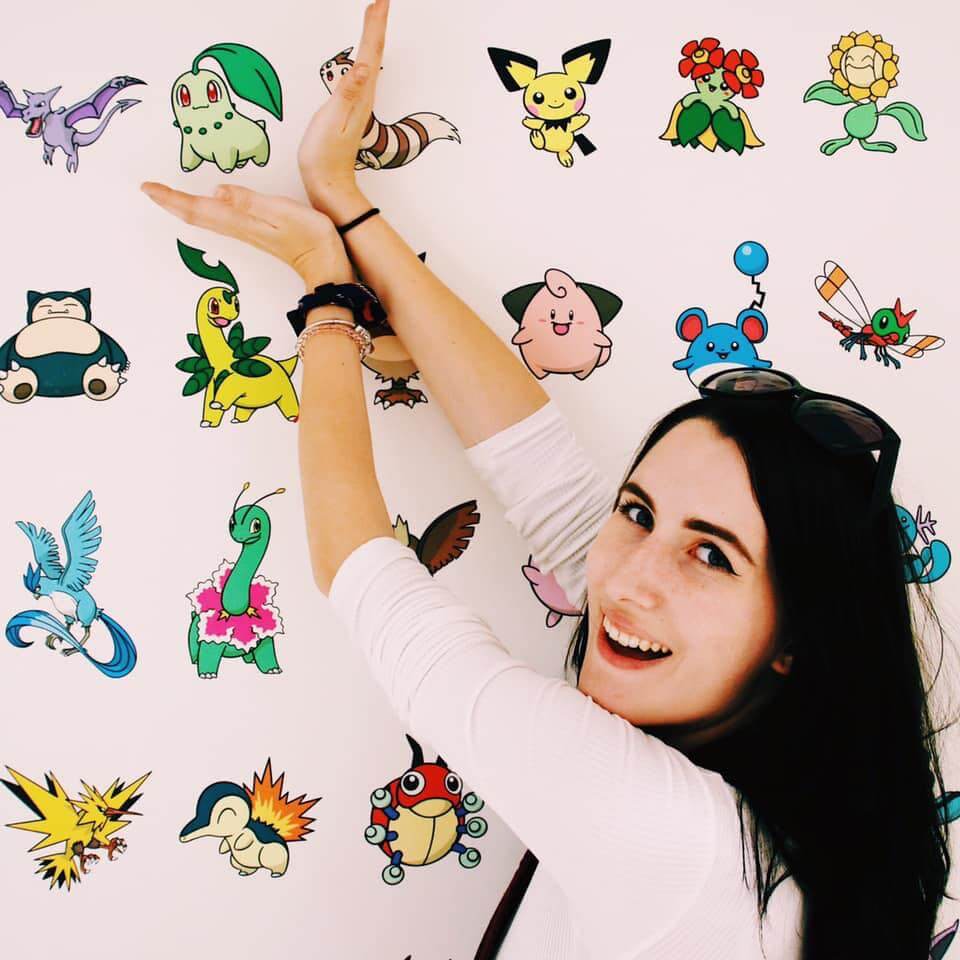 I'm Nele (Nay-la), a Dutch expat living in the UK. I'm a mid-range travel blogger sharing itineraries, tips and guides on some of the best travel destinations.